skip to main | skip to sidebar

This Sunday I went to Washington D.C. for the National Equality March. It was one of the most beautiful, moving things I have ever seen. Everyone there was so peaceful and full of love, it was really moving. There was no anger, no hate, everyone was kind to one another and so supportive. It was really all about love. Words cannot express how amazing it was, so I'll go with the whole saying; "a picture's worth a thousand words". 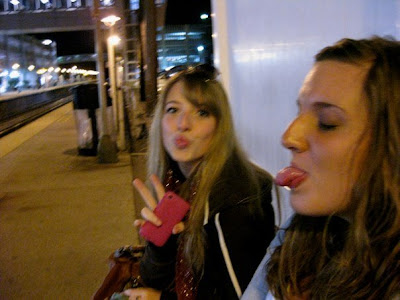 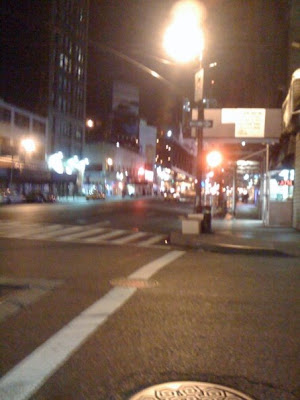 Walking to the bus...it was still dark out! 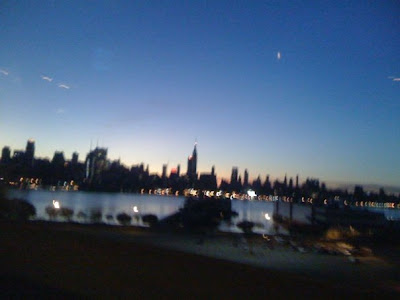 Sunrise as we were leaving the city 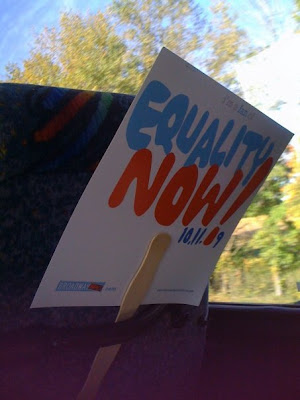 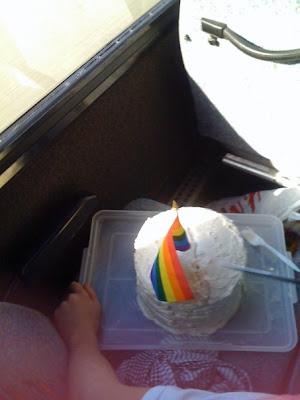 On of the boys on the bus made rainbow cake! 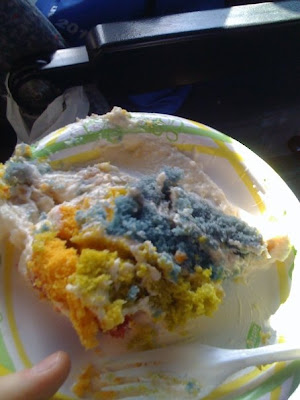 The inside of the rainbow cake...kind of messy, but it was a legit rainbow! 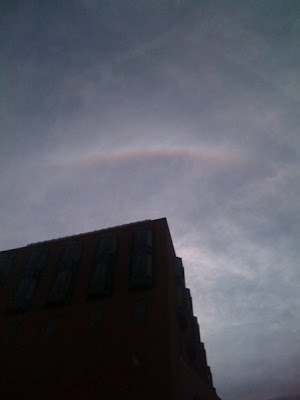 The most amazingly beautiful rainbow that appeared over the march!
(It wasn't even raining or very cloudy!) 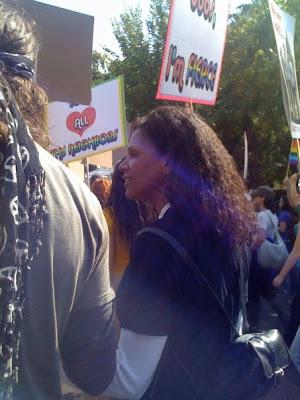 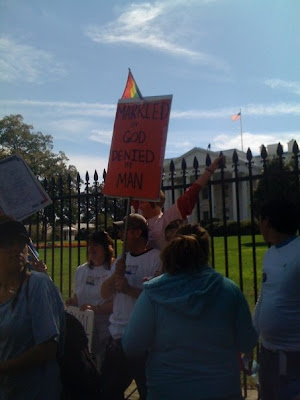 In front of the White House 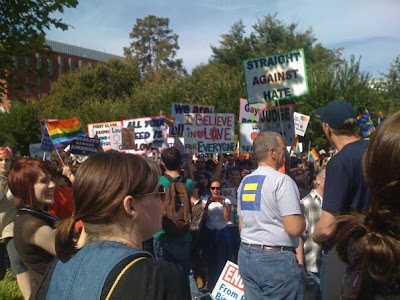 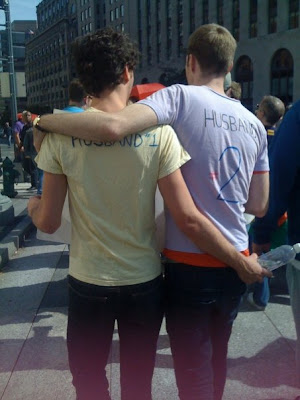 They were so cute! We loved them! 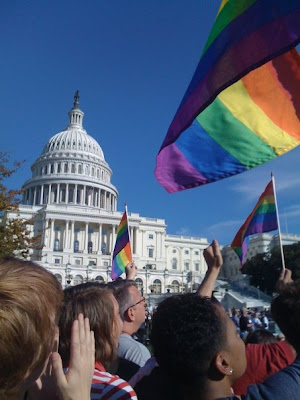 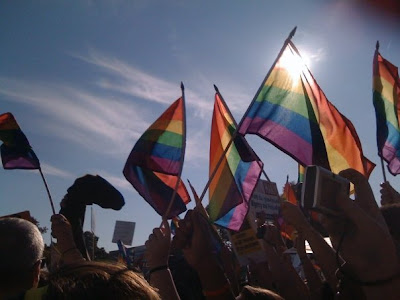 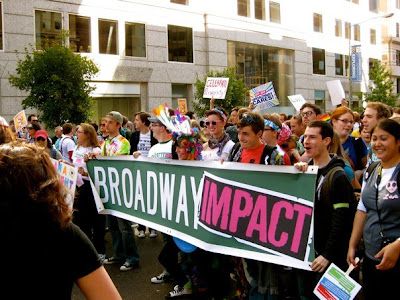 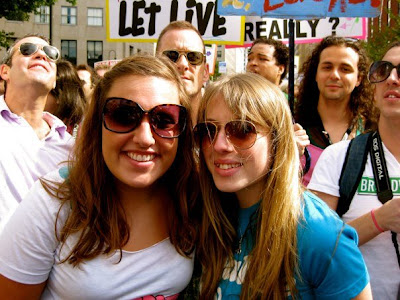 My roommate and I marching 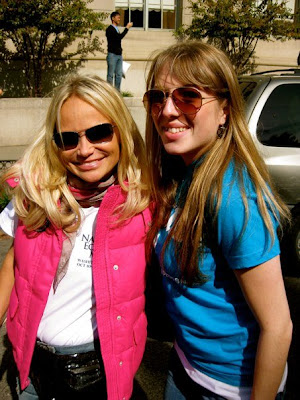 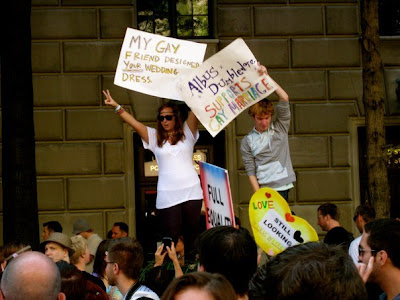 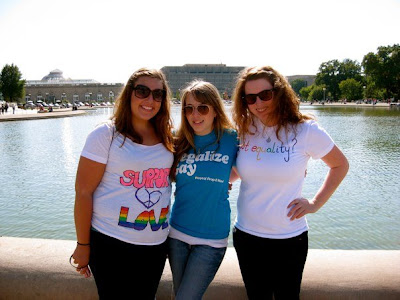 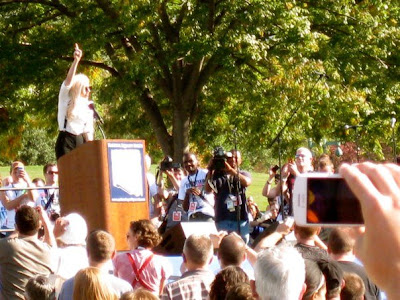 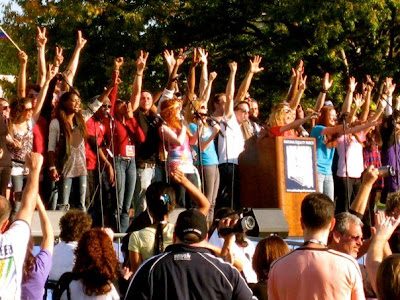 The cast of HAIR singing "Let the Sun Shine" with the entire crowd. So beautiful!
Posted by Life's short. Type fast. at 6:51 PM